Why I rarely use The Message or “It says WHAT?” 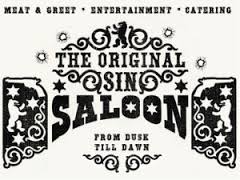 I have friends who just LOVE the Message.  I have received gift copies from more than one of my clergy colleagues.  I've never been terrible impressed.  Yes, I look at it along with other translations as I’m choosing passages for preaching each Sunday, but I’ve never been able to get really excited about it.  I have very rarely used this particular version of the Bible for preaching.

Perhaps I am simply a Scripture Snob. I prefer translations that attempt to be as accurate and true to the language of origin as possible.  I’ve been appalled on more than a few occasions by the phrasing that Eugene Peterson chose.

Yesterday morning I helped lead a women’s group study in which we were all asked to bring our favorite Psalm and explain why it’s our favorite.  One of the ladies chose Psalm 1, and read it for us.  We all nodded happily when she finished.   In the New Revised Standard Version the first two verses are:

Happy are those
who do not follow the advice of the wicked,
or take the path that sinners tread,
or sit in the seat of scoffers;
but their delight is in the law of the Lord,
and on his law they meditate day and night.

I wonder how we would have felt if she had read those same verses from The Message.

How well God must like you— you don’t hang out at Sin Saloon, you don’t slink along Dead-End Road, you don’t go to Smart-Mouth College. Instead you thrill to God’s Word, you chew on Scripture day and night.

Really?  Smart Mouth College?  Sin Saloon?  And this verse has nothing to do with God liking someone or not based on their behavior and study of the Bible. It has to do with the actual happiness of the person who chooses God’s way over the way of the world.  *smh

Proverbs 25:16-17
NRSV:
16 If you have found honey, eat only enough for you,
or else, having too much, you will vomit it.
17 Let your foot be seldom in your neighbor’s house,
otherwise the neighbor will become weary of you and hate you.

MESSAGE:
When you’re given a box of candy, don’t gulp it all down;
eat too much chocolate and you’ll make yourself sick;
And when you find a friend, don’t outwear your welcome;
show up at all hours and he’ll soon get fed up.

I do understand that the point of the Message was make the Bible more accessible, but still . . . let’s not mess with cultural and historical realities in order to do that.  Chocolate came from South America and was unknown in the Middle East when the Proverbs were assembled.

Proverbes 13:23
NRSV:
23 The field of the poor may yield much food,
but it is swept away through injustice.

MESSAGE:
Banks foreclose on the farms of the poor,
or else the poor lose their shirts to crooked lawyers.

Injustice is much more than simply banks foreclosing on debts or crooked lawyers misrepresenting their clients.  Injustice is the system that allows these things to happen with regularity, so that no one is surprised.   The poor can succeed at feeding themselves, even possibly gaining a bit extra for the future, if they are allowed to do that.  But then, as now, the greedy and power hungry saw to it that there was no way out for the poor, the lower classes, the foreigners, the widows and the orphans.  The Message waters down this clear and very strong statement against injustice by blaming it on a specific institution and particular individuals rather than naming it as the systemic reality it was, and is.

I admit freely that, as a whole, the Message version is not terrible.  It’s a paraphrase, so it’s a given that accuracy of translation has given way to a more general understanding of what is found in its pages.  I likewise admit that the Bible is a very difficult book to understand.  Attempting to immerse ourselves in the historical/cultural context for a more in depth understanding of what is being said, followed by bringing those understandings into the current reality and trying to find a way to live with them is very, very hard to do.  It is that challenge that is taken up each and every Sunday morning when preachers stand up to try to make a particular small bit of Scripture clear-ish to their congregations, and every time a Bible Study group meets, and every time someone decides to write a blog or article or book on Biblical issues.

I just really have a problem with using concepts that are completely foreign to the Hebrew culture as if they might fit - like saloons and chocolate.  Sometime I’ll tell you how I feel about the Corn and Unicorns to be found in the King James Version.  :-)

*I do tend to use acronyms and such that are common to twitter and text messaging.  For those who may need a translation, “smh” means “shaking my head”

In my jewelry box there is a bracelet.  It’s been there since 1971, give or take a year.  It’s made of aluminum and cost me about $2.50.  On it is the name of a man who served his country in Vietnam and had been reported Missing in Action.   It’s not at all attractive but I wore it every day for years.  I don’t remember why or when I stopped wearing it - maybe when I started seeing one of my future ex-husbands who had been in Vietnam and lost a lot of buddies there.  All I remember is that one day I took it off, put it in my jewelry box, and shut the lid on it.

Every now and then I clear out my jewelry box. Sometimes I get an entirely new jewelry box and decide to purge before I put anything into the new one.  I discard some things and give away others. Each time I purge, a few  items go into a smaller box for things that have meaning for me but that I probably won’t ever wear again.

Not this bracelet, though.  That MIA bracelet I stopped wearing probably 30 years ago still sits in the top of my jewelry box where I see it every time I open the lid.  I promised that I would never forget . . and I haven’t.

I’m not sure why, but today I decided to look up Lt. Wilson “Denver” Key.  I learned that he was a Navy pilot who had been shot down over North Vietnam in 1967 and held in a POW camp until 1973.  He was released then, along with some 500 other POWs.    I also learned that some people had sent their bracelets back to the families of those who had returned, and others continued to wear them, because their MIAs had never returned.

Not me, though.  I’m going to hold on to Lt. Key’s bracelet.  Because when I look at it I don’t just think about that one man who was MIA. I remember all of them - the MIAs and POWs and KIAs and the ones who did return home  . . . from Vietnam and Cambodia and Zaire and El Salvador and Libya and Grenada and Afghanistan and and Kuwait and Iran and Iraq and Bosnia and Somalia and where ever our men and women have been deployed.

I remember, and I say a prayer, just as I have ever since 1971 or thereabouts.
Posted by Maria Tafoya at 4:28 PM No comments: