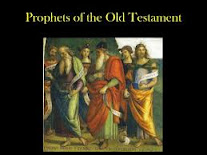 Write a vision, and make it plain upon a tablet so that a runner can read it.

A billboard!  God tells the prophet to write his vision on a billboard!  That’s the only way someone running by will be able to read words on a tablet.  Like the writing on the wall that Daniel translated, God wants to make sure that everyone knows exactly what hir* will is.

Have you ever had this happen to you?  You are trying desperately to hear a word from God so you know what path to take, which decision to make and suddenly you drive past a literal billboard with words that point you in the right direction.  I have.   Then the V8 moment comes.  Duh!  Why didn’t I see that before?   Well, in my case, I figure the message had been being sent but I just didn’t pick up on it until I saw giant words that tipped the balance.  I’m pretty good at not seeing the answer until God gets serious about getting my attention.  Not because I don’t want to see the answer, mind.  But because I am coming at the question from a different angle.  So God puts a billboard right where I have to see it.

I think that’s what church signs are for.  Oh, I know there seems to be an unspoken competition to have the most thought provoking or downright silly church sign.  If you don’t believe me look up funny church signs on Google. One of my current favorites is “Too hot to change sign.  Sin Bad.  Jesus Good. Details inside.”. Church signs are intended to convey information such as the week’s sermon title or details of an event.  They are also meant to provoke interest in that particular congregation - to provide a nudge that tells the reader to come check out this place and these people.  Sometimes that nudge is humorous, like the one above.  Sometimes it is controversial, maybe lifting up PRIDE week, or the BLM movement.  However the sign is used, it tells the driver going by something about the people of that congregation.  Because trust me, if enough people in the congregation objected to the sign, it would change right quick.

It would be nice if I could figure out God’s will without having to see words on a billboard or a church sign, but sometimes I need that extra nudge in the right direction, like the people of Israel did when prophets spoke.

Persistent God, I really don’t try to be obtuse.  Sometimes I just can’t see what’s in front of me.  I am so grateful that you go to such effort to get my attention, even placing billboards where I need to see them.  May I always look for the signs that point in the direction you wish me to go, so that I might do your will in all things.  Amen.

*hir is a non-gender specific pronoun used when referring to a being whose gender is neither specifically male nor female.  I believe God embodies both/all genders, so I use non-gendered language.